Machine Learning and Google: Match Made In Heaven

How Will Machine Learning Affect Business?

What were you doing in November 2016? If I were to make a guess, you were probably getting ready for the holidays. It was around that same time Google announced one of the most under-the-radar announcements regarding machine learning. 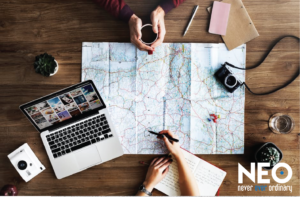 You might wonder what’s wrong with phrase-based translation. It’s the same approach you used in freshman Beginner Spanish memorizing phrases in Spanish to hold broken conversations with your classmates. You also probably used phrase-based translation during your spring break trip to the Alps while you awkwardly fumbled through your new English-French dictionary to hit on that one girl at the Louvre.

The GNMT platform serves as a complete end-to-end learning framework. The challenge facing Google is that Google Translate currently translates over 140 billion words every day in 103 languages. With its previous phrase-based translation platform, Google Translate required a suite of network systems to accurately translate between any two languages. This necessity cost Google a significant amount of computation and financial resources. By connecting Google Translate to Google Neural Machine Translation (GNMT), it effectively received massive upgrade in translation horsepower.

Google believed the GNMT system would allow Google Translate to improve translation quality. In initial testing it was obvious the GNMT system’s ability to provide more accurate translation results was significant. This raised another dilemma: how do you scale a neural network as dynamic as GNMT to accommodate 103 unique languages worldwide? 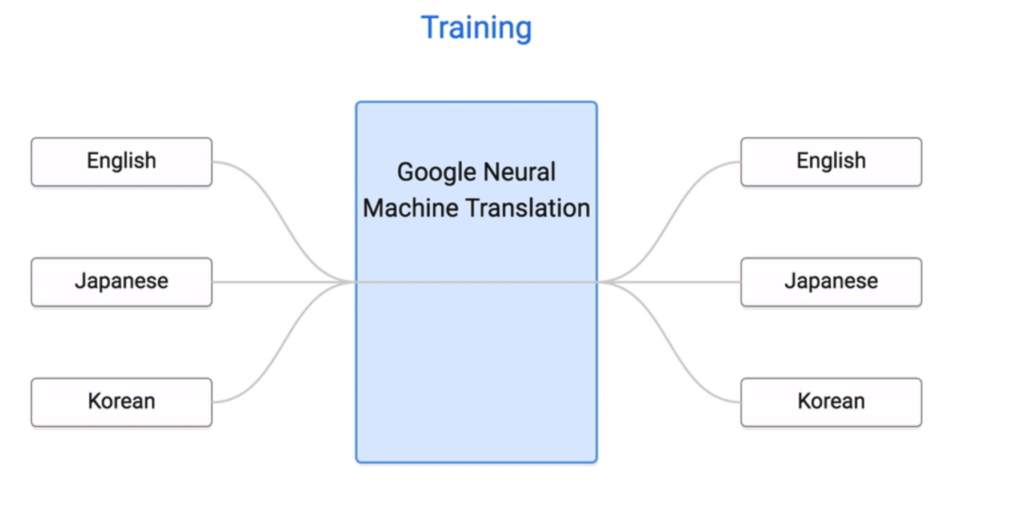 Google Learning On Its Own

How did the GNMT system know how to translate between languages with no previous experience in its system? It learned. In essence, the GNMT system appeared to created a new language to help translate more effectively… without human influence. The artificial intelligence capabilities inside the neural network of the GNMT system developed an interlingua of sorts to aid in translation accuracy.

Translation, pun intended, the GNMT system seemed to invent an internal language to increase translation efficacy without anyone telling it to in just a few short weeks.

“Within a single group, we see a sentence with the same meaning but from three different languages. This means the network must be encoding something about the semantics of the sentence rather than simply memorizing phrase-to-phrase translations. We interpret this as a sign of existence of an interlingua in the network.” (Google Research Blog)

As of Google’s article published date, the multilingual GNMT system is enabled for all Google Translate users for ten of the 16 launched language pairs. This new approach is leading to better translation results with a simplified framework for helping people around the world understand each other better.

Does the GNMT system success signal a shift in neural networks? Technology experts have long believed in the power of neural networks to realize the potential of artificial intelligence. Neural networks are built in similar infrastructure of organic, biological brains. Their capacity to reason, deduct, implement, and even react is what drives technology leaders to explore new challenges to solve.

Neural networks, also known as artificial neural networks (ANN), thrive on recognizing patterns in data. IBM supercomputer Watson is already recognizing patterns in medical data, weather forecasts, legal matters, and education systems. I believe neural networks have the power to change every industry through artificial intelligence. The ability to think and respond in a human-like manner at an exceptionally high level of computation is opening new frontiers and solving countless problems.

What Does This Mean For Everyday Life?

In our immediate context, what does the Google Neural Machine Translation system’s success mean for your everyday life? It means our ever-diversifying world will better accommodate the melting pot of languages in every major city. I see a future where language groups can communicate more easily than ever. AI headsets connected wirelessly with Google Translate will allow us to automatically hear and understand any foreign language in our native language. Businesses will span language barriers and conduct business more efficiently than ever because neural networks will make translation easier than any other time.

The way the world communicates is changing because of Google Translate. Will we need to learn new languages? Maybe not. The potential to overcome millennia of miscommunication and communication barriers cannot be overstated. With the right technology, Google is committed to making sure this opportunity isn’t lost in translation.

Learn more from NEO about how machine learning, natural language processing, and other emerging technologies impact business on our main website.